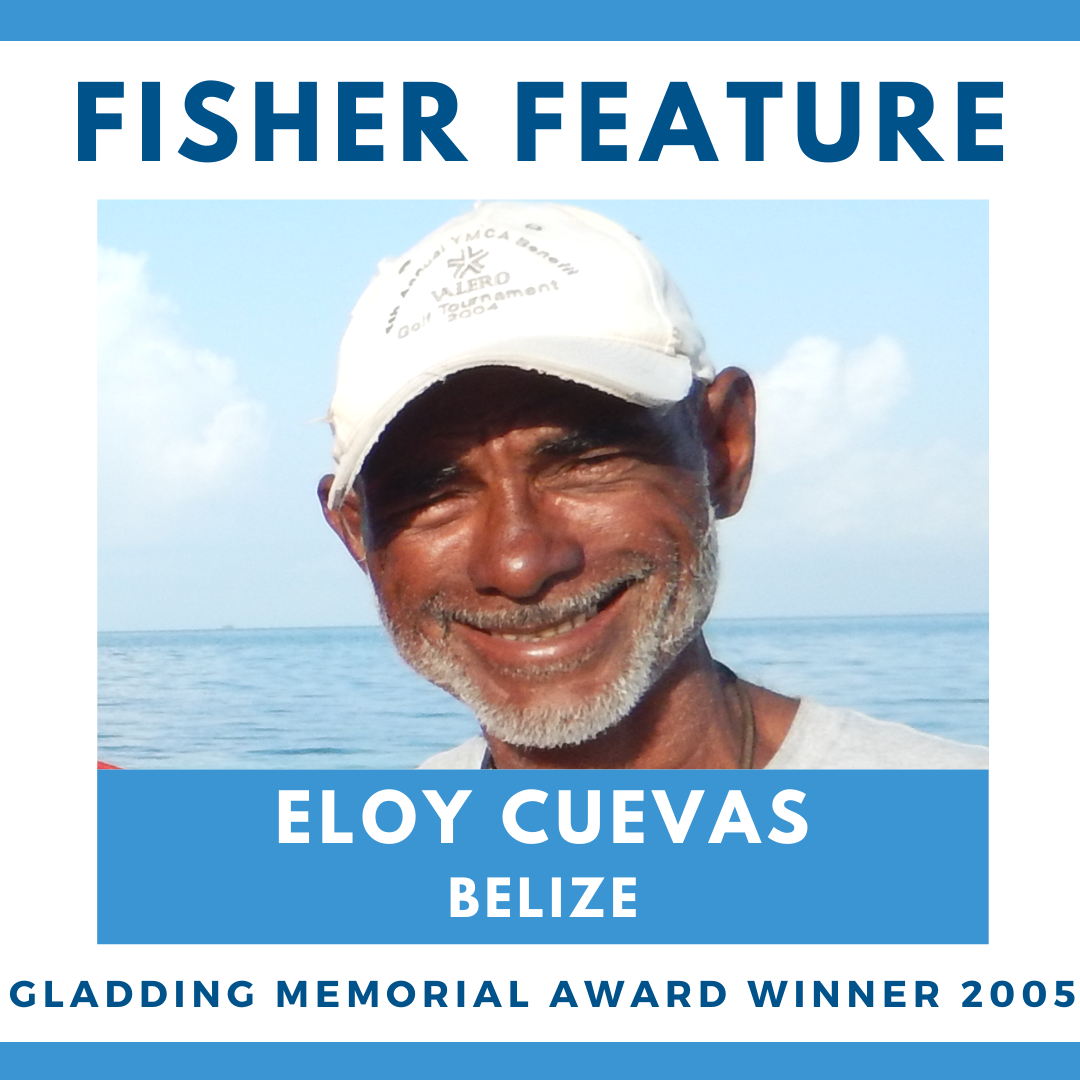 Eloy Cuevas from Monkey River, Belize was awarded the Gladding Memorial Award in 2005, in recognition of his outstanding contributions to sustainable management of fisheries and marine resources in the Gulf and Caribbean Region. 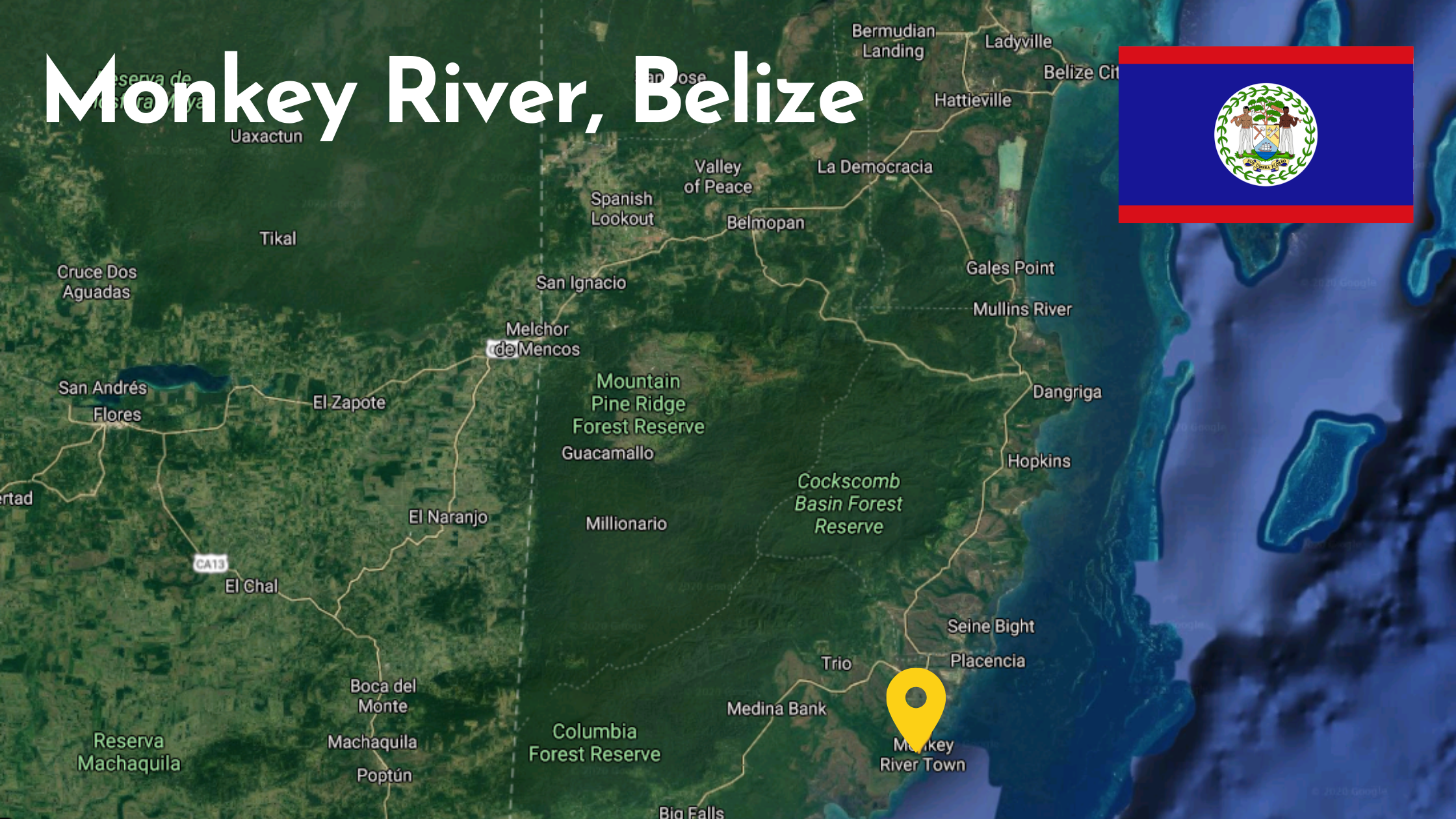 Eloy Cuevas grew up in the village of Monkey River, a 300-person fishing village along the southern coast of Belize. Eloy’s father, his brothers and he are/were locally renowned hunters, fishers, and navigators in the river, on land, and in the sea. He tells stories of being a boy on the beach at Monkey River, when he used to catch sprat by slapping a paddle towards the shore, and catching enormous snook from the beach with a hand-line. He describes the arrival of gillnets, and the resulting rapid decline in the finfish resources. Eloy has fished commercially for lobster, conch, and finfish for nearly 50 years. Eloy is very familiar with the marine realm, declining resources and the causes of that decline. Eloy has always distinguished himself, often with great opposition, as someone willing to speak the truth and stand up for what is right.

Eloy has served on the board of two conservation NGOs, TIDE and Friends of Nature, and began a new NGO, the Monkey River Guide Association, which was supported from the UN, and other foundations for trail maintenance and forest conservation in support of ecotourism.

Eloy continues to guide fly fishers, researchers, and local biologists. His skill as a boat captain, guide and navigator are only exceeded by his willingness and ability to teach about the marine environment and how it can and should be managed sustainably. 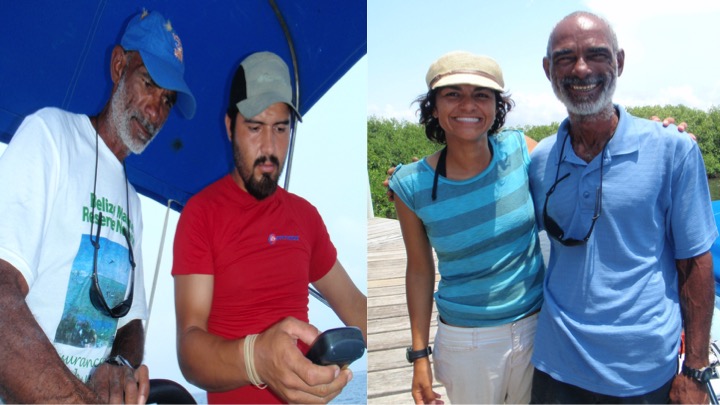 Eloy has trained many fishers, biologists and graduate students in the use of GPS.

Eloy served as the primary guide and collaborator for a 7-year research and conservation program on Belize’s multi-species fish spawning aggregations. He helped lead the team to explore, document, film, map, and conserve fish breeding areas throughout the Belize and the Mesoamerican Reef, along with scientists, government officials, students, donors, and other fishers. He served as a liaison between the project and the communities and government, speaking publicly about our findings. Eloy’s leadership, knowledge and charisma helped propel the findings into declaration of 11 new marine reserves. 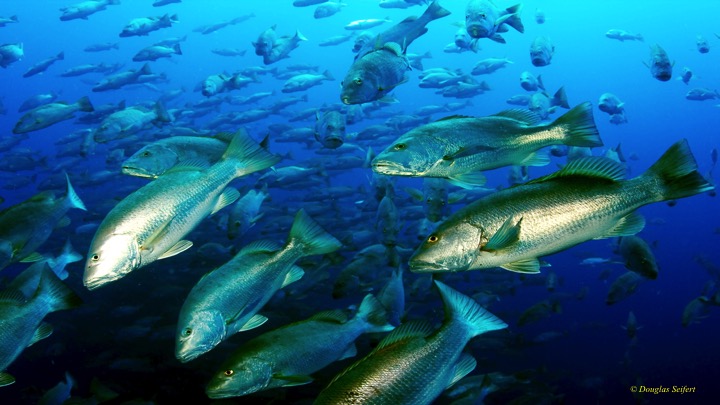 Because of his eloquence and accomplishments, Eloy has been featured on National Geographic Television, The New York Times, ESPN, and many others. He has trained commercial fishers to be non-extractive fishing guides in Belize, Mexico, Jamaica, Guatemala, Honduras, Costa Rica, Panama, and Indonesia. He has offered speeches and training programs to scientists and managers in the Virgin Islands, Mexico, and in a series of workshops for fishermen in the south eastern United States as invited by South Atlantic Fisheries Management Council Eloy’s steady and well-grounded perspective of a commercial fisherman from Monkey River, Belize continues to serve him well as he advocates for fishermen participation in marine protected areas management. 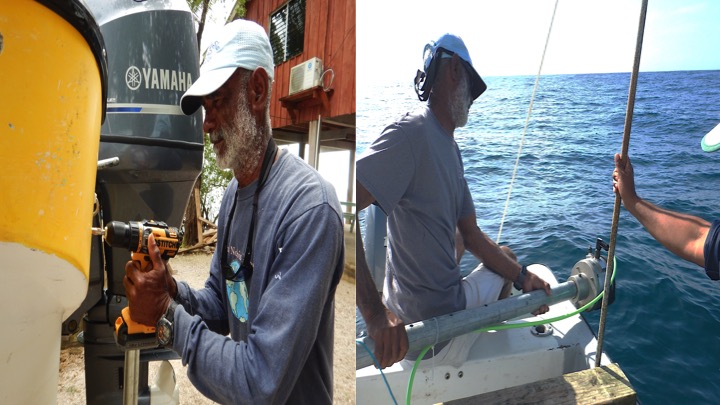 Eloy Cuevas has collaborated on marine research projects and served as vessel captain and guide. Shown here installing and operating an M3 multi-beam echosounder to characterize and map an un-described reef. The area called the Cayman Crown, has been recently incorporated in a no-take marine reserve. 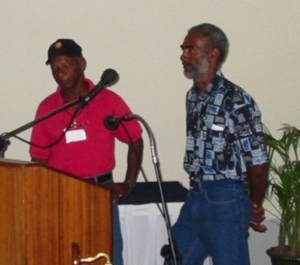 He has been invited to speak to decision makers and fishers in the US by the, but also served as a trainer in courses taught in Belize, Jamaica, Mexico, Honduras, Panama, Costa Rica, the Virgin Islands, and Indonesia. Eloy is a familiar face to many of us in GCFI, having participated in several meetings already as a speaker, and as a convener of informal discussions.

As Peter Gladding did, Eloy serves as a model for other fishermen throughout the Gulf and Caribbean, and the world.

Eloy makes continues to make his livelihood from commercial fishing for lobster. Prior to Covid he also did fly fish guiding, and guiding researchers. He still actively supports sustainable management, abides by and promotes compliance with existing regulations. He continues to support marine conservation. 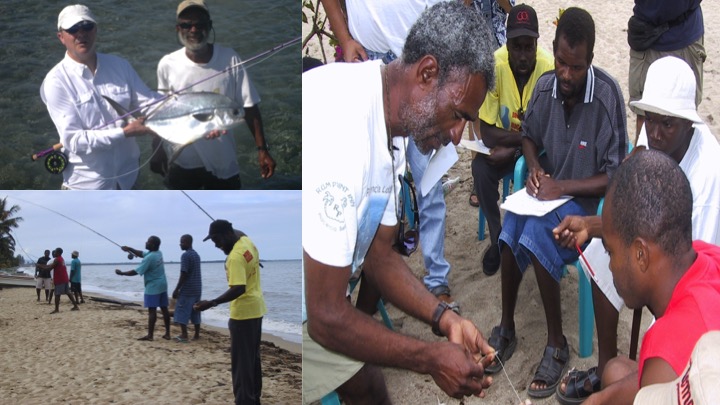 Eloy Cuevas guiding a fly fisherman to land a prized permit. Recognizing the sustainability of the catch-and-release fishery, Eloy trained himself to fly fish and began guiding. He has trained other fishers to guide in Belize, Guatemala, Honduras, Costa Rica, Panama and other areas.

In recent conversations, Eloy notes that sport fishing has grown tremendously over the last 20 years in Belize. In some ways, it has taken pressure off of fisheries. On the other hand, he notes that recreational fishing guides are keeping and then selling their catch. Though not technically illegal yet, Eloy is actively seeking to get this practice regulated and enforced.   He further notes that he has become distant from the conservation NGO community. Conservation NGOs who were put in place to help the environment and the communities but now it looks like they are only trying to help themselves. They haven’t even visited our village in years. Eloy is frustrated, and unsure what to do. As usual, however, he is willing to stand behind this unpopular point of view. 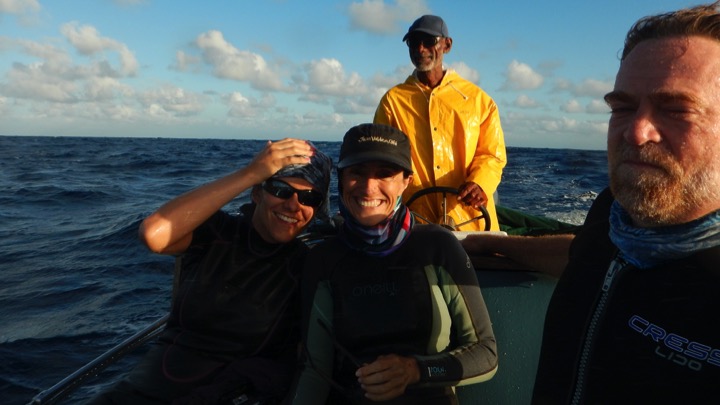 Eloy is supports installation of Fish Aggregating Devices (FADs) off of the Belize Barrier Reef and hopes that may lure fishers away from coastal resources to attracted pelagic fishes like mahi mahi and tuna.